BIOGRAFIA:
He is a Milanese carpenter, class '83. He is passionate about heavy metal, Knights of the Zodiac and animals. He is a proud fan of the beer, but he's also a fair reader. His literary preferences are stories  of real war and more. Among his favorite writers stand out Sven Hassel and Dan Brown. When he manages to carve out a minimum of time he started writing to substantiate with his keyboard the "eccentric" ideas born out of his mind. Several of his books are waiting for a second edition, including the fantasy saga The son of fire and the war stories Blood Flags; Entombed, however, is his first science fiction novel, another pill extrapolated from his wandering imagination." 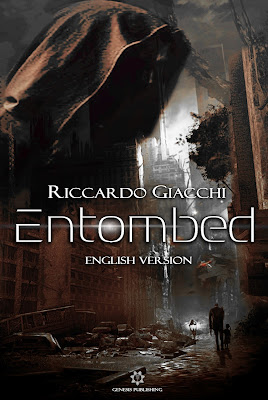 SINOSSI:
It’s 2054. Earth is suffering more than ever. Blood is just everywhere. This time humans have nothing to do with that, though. After the fall of Luxifer, a meteorite that is now in the Atlantic Ocean, the New Comers have invaded Earth. It’s them the ones who are destroying Earth. They are everywhere. They walk the streets and they kill people. Everyone is scared. The Governments decide to stick together in order to stand a chance to survive. Things are about to get worse, but Giants 2.0 might help humanity. It’s an old fighting program for which huge machines have been created. They can kill and they can destroy. They are death machines. Major Garrison leads the Army. He is a hero. But he will have to face the Order of the Iron Maiden, which everyone believed to be extinct... 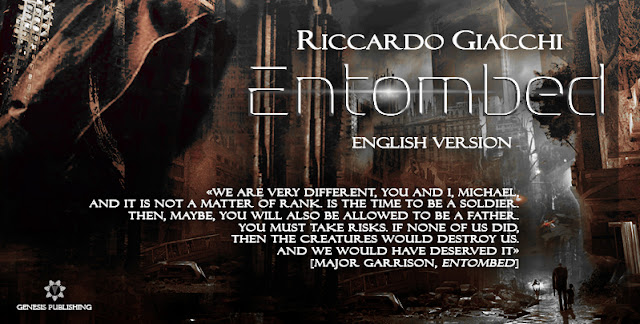