Segnalazione: Sherlock Holmes and the Man Who Was Wanted di Arthur Whitaker

and the Man Who Was Wanted

Arthur Whitaker (1882 – 1949) was an architect, naturalist and artist. He is perhaps most well known in ornithological circles, but was considered a fine 'all rounder,' able to locate and identify a wide variety of species. This novel is the only story written by Arthur Whitaker regarding Sherlock Holmes. 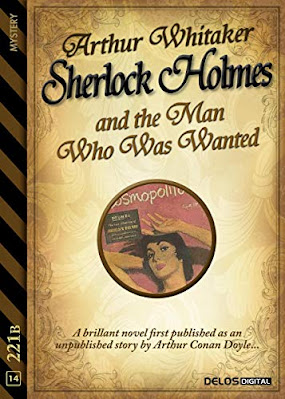 Arthur Whitaker wrote and sent this clever novel to Arthur Conan Doyle, hoping to be published along with him. Doyle did not accept the idea but sent to Whitaker a check for ten guineas. This story was found many years later by Doyle's son Adrian in a trunk full of family papers. It was first published as an unpublished by Cosmopolitan magazine in August 1948.

When it was published Whitaker was able to prove that the novel was written by him by showing a carbon copy of the manuscript.